Skip to content
Without knowing exactly where to start, I’ll begin at the beginning and wend my way through this marvelous and baffling book, which contains some of the best prose of this millennium, along with savage stretches that test and exasperate even the most faithful readers.  Like its perorative predecessor The Lost Scrapbook, The Easy Chain reveals new facets with each reading, while blurring or obfuscating some of the elements that you picked up in the past, forcing you to reexamine the evidence and reorient yourself as you go.  Some sentences sew two voices together without a stitch, or with a splash of typographical shrapnel, while descriptions of characters and events are often narrated by multiple members of a breathless chorus, unnamed and largely unreliable.  I should say that we don’t necessarily question their version of the events, but the voices rarely provide us with much insight beyond the facts on the ground. 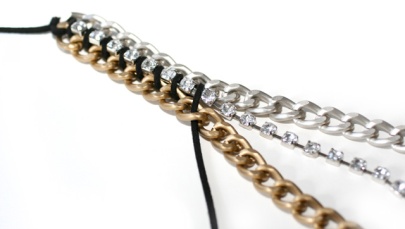 I don’t think many readers come to The Easy Chain without having already fallen deeply for Evan Dara through The Lost Scrapbook, but it would be interesting to know what that experience is like, and whether those who are unfamiliar with Dara’s jazz-inflected rhythms and cadences can embrace the unadulterated weirdness, or be patient enough to let the book come to them. Regardless, I begin this deep dive with a crown of caveats here at the top, driven by a desire to answer some questions and crack parts of the code. Any book that can keep you asking these questions, after 9 years, deserves a pot of fresh pixels and some foolhardy attempts at explanation.
Lincoln Selwyn: There is so much to unpack in this name.  The character, Lincoln, is a Brit raised in the Netherlands who makes his name in the Land of Lincoln.  There is also the link in the easy chain, and perhaps a con connected.  The name traces back to the city in England, which connected the Brythonic term lindo (meaning lake or pool) with the Latin word colonia, owing to its location next to the Brayford Pool, which is part of the River Witham that rolls through Lincolnshire.  It seems that more than one bystander in the book falls into the pools of his eyes.
There is so much obvious weight in the name of Lincoln, especially for U.S. readers, that it resists closer inspection.  However, since Dara provides us with Lincoln’s British background—and since one of the defining adolescent moments for the character is related early on (p. 11), at an Ajax football match, where he’s exposed to the collective anti-Semitic hiss which flips a switch in him—we may be advised to dig deeper into the history of the town:

“Lincoln was home to one of the five most important Jewish communities in England, well established before it was officially noted in 1154. In 1190, anti-Semitic riots that started in King’s Lynn, Norfolk, spread to Lincoln; the Jewish community took refuge with royal officials, but their habitations were plundered. The so-called House of Aaron has a two-storey street frontage that is essentially 12th century and a nearby Jew’s House likewise bears witness to the Jewish population.[18][19][20] In 1255, the affair called ‘The Libel of Lincoln’ in which prominent Jews of Lincoln, accused of the ritual murder of a Christian boy (‘Little Saint Hugh of Lincoln‘ in medieval folklore) were sent to the Tower of London and 18 were executed.[20][21] The Jews were expelled en masse in 1290.[20]”

This may be a coincidence, but he is from a British family which remains steadfast in its British identity after emigrating to The Netherlands, as we’ll see in the pages ahead. The layering seems intentional.
Selwyn seems almost Dickensian in its obviousness, the speculator who knows when to sell, and sells to win.  Sel is a Scottish word for self while Wyn is a Welsh derivation, meaning “blessed, white, fair,” which hits the trifecta here.  At one point in the novel (p. 306), the enterprising young journalist Tracy Kessler pitches the mystery of Lincoln Selwyn to the literary agent Andrew Wylie, and asks him to picture “this charismatic blonde with the irresistible accent” as Matt Damon. It’s difficult to unsee this, or unring this bell.
In the next post, we’ll begin the beginning again, and listen to the opening chords of this polyphonic portrait.

2 thoughts on “Preparing for The Easy Chain”