Does anybody out there know (even through rumors) whether Evan Dara is working on another novel? I’m finishing up an essay on Dara, and any info about this would be helpful to me.

The critic’s critic, Daniel Green, recently asked about the status of Dara and whether he had another novel trundling down an unpredictable pipeline.  As it turns out, the National Book Award finalist, Brandon Hobson, recently corresponded with our man in Europe—prior to Hobson’s trip to France—where he learned that Dara has apparently completed a new novel and is weighing his options.

According to Hobson, he is seeking representation for this new book, with the plan of working with a more mainstream house and a dedicated editor.  What this means for Aurora, the outfit he co-founded prior to releasing The Easy Chain, is unclear. But here’s hoping that a savvy and sensible literary agent is able to help steer this new manuscript through the perilous shoals and, in time, find a secure and accessible home for Dara’s dazzling catalog.

One of the cruel curses of the Trumpocene era, which likely afflicts large swathes of the literate within a society daydreaming toward totalitarianism, is the random reminder of your kakistocratic overlords while trying to enjoy a novel.  For instance, reading Dara’s The Easy Chain after the 2016 election, it was difficult not to draw lines between the promosexual swindler with small hands at the empty center of the book and the orange glob of dark matter that lives in our headlines and belches blue ruin.

I keep returning to this section in Part I of Jim Gauer’s Novel Explosives, where the poet and Frankfurt School Marxist is being run through the wringer while interviewing for a position at a venture capital firm, seeking to curry favor with a trio of well-heeled imbeciles:

“One of my own new partners, in fact, one of the firm’s two founders a man of such pure and unalloyed greed that wealth and possessions had long ago lost all meaning, leaving him with a vicious streak, common among the greedy for whom success means nothing unless those around them fail, this partner, as I was saying, whose greed was so voracious that it was devouring its own entrails, still found time, one beautiful Aspen winter, to put in nearly 70 full days on the slopes.  The other founder, a vacation connoisseur, and a man for whom wealth was the bedrock of his vanity, that sense of himself, common among the wealthy, of being a man of true discernment and inexhaustible sagacity, this other partner, as I was saying, whose vanity was so thorough that it had swallowed him whole, could always be found, in the midst of a crisis, missing in action on a sun-drenched private yacht. And my third and final partner, the junior of the three, a delusional apopheniac whose specialty was conspiracy theories, who was constantly finding proof, in meaningless random data, of vile acts of perfidy that he himself had initiated, this final partner, in short, whom I’m hesitant to speak of, as it might tend to confirm his suspicion that it is he of whom I speak, scarcely worked at all, other than on his conspiracy theories….

It is to Gauer’s credit that he can lace his paragraphs with such compounding insights, even if, in this particular slice of time, they keep summoning the specter that you are actively trying to avoid.

“I don’t mean to pick on these particular individuals; most wealthy VCs share a similar ethos, with an asset-backed ontology, and a money-means-wisdom accrual-based epistemology, and also share the problem, common among the merely moneyed, of never having enough of it to constitute true wealth….One of the reasons that such men often seem to despise the impoverished is the deep fear they have that, despite their poverty, the poor may be leading meaningful lives, which almost seems cruel, given the foregoing, when despite all their money, they barely feel viable.”

Jim Gauer and the Anxiety of Influence

Still working my way through Jim Gauer’s Novel Explosives, but his appearance on The Great Concavity  (which is warmly supported by this site) is worth listening to in full.  For a quick gulp, here’s a clip of Dave Laird reading from the book:

Here’s a snippet from the latest lethality enhanced episode of ⁦@ConcavityShow⁩, featuring novelist and recent IJ convert Jim Gauer, who should be booked again. This is ⁦@Dave__laird⁩ reading from Gauer’s Novel Explosives. pic.twitter.com/le7DOiGSyg

One of the more interesting revelations is Gauer talking directly about the anxiety of influence, and how, during the 7 years it took for him to write and publish the novel, he steered clear of Bolano’s 2666 (since he was writing about Juarez and drug syndicates, among many other things) and Infinite Jest.  In fact, he didn’t read Infinite Jest until after he finished Novel Explosives, and so he brings a fresh appreciation to Wallace’s work.

This is a subject we’ve touched on here before, specifically regarding Dara’s initial reaction to William Gaddis’s JR, which he found at the American Library in Paris. According to Steven Moore, Dara told him, “Took the novel home, plunked it open, tapped it shut–didn’t want the influence.”

The subject often comes up when thinking about younger writers dealing with heroes and legends, but there’s something interesting about established writers speaking practically about the effect that ingesting these mind-altering vapors can have on one’s prose, perhaps well after the ego has landed.

Please note that Aurora will only accept a donation after you read the play.

Thank you for your support of Dara’s work. 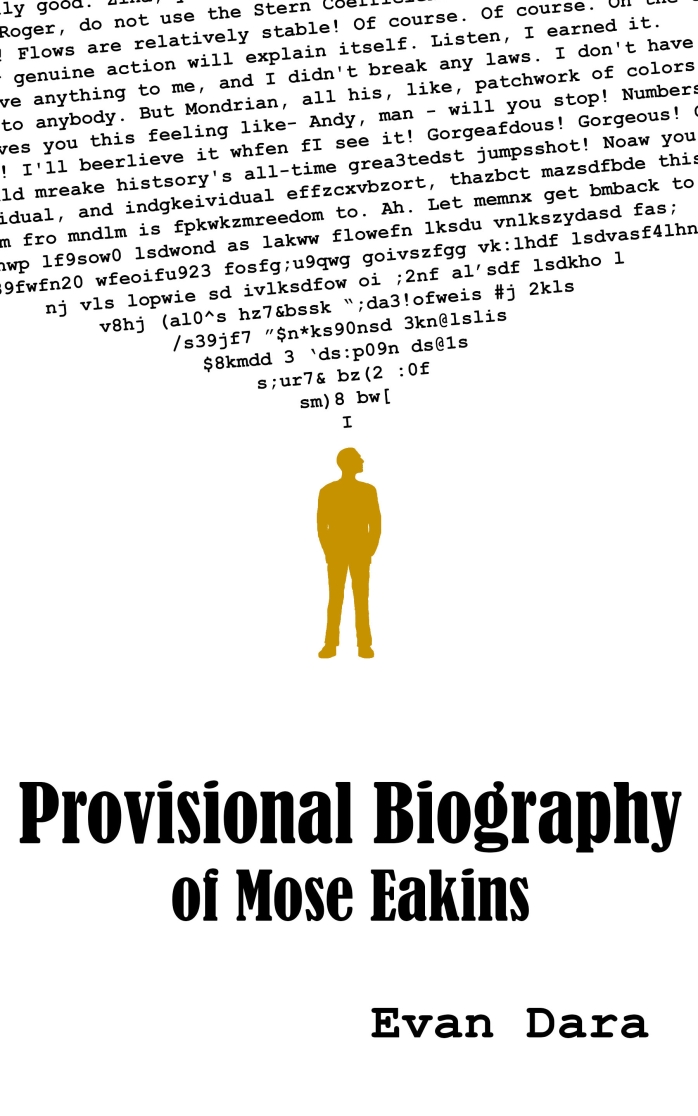 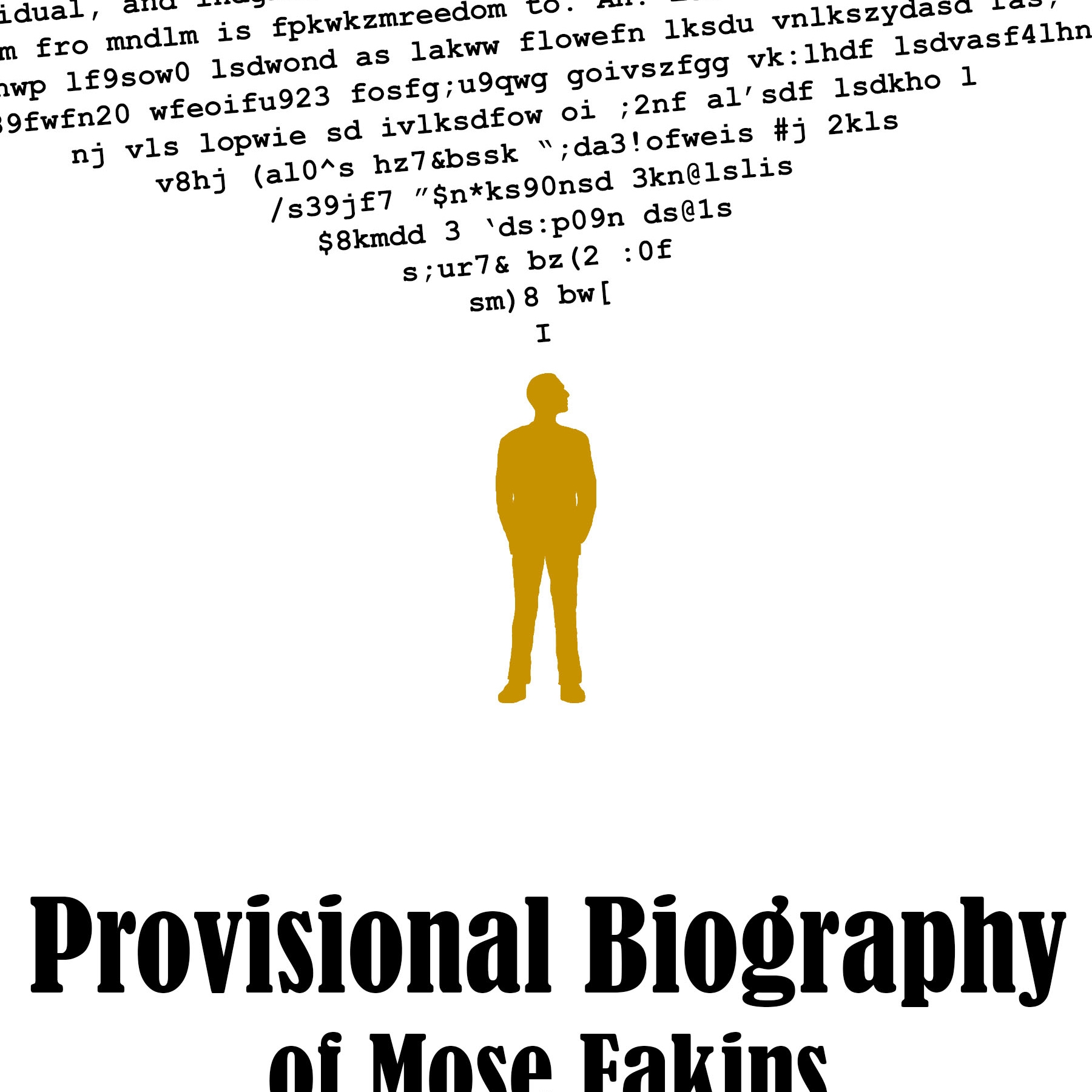 —A work set for the stage pic.twitter.com/OdkzQqQE72

This is Not a Novel

As preparations for the release of Evan Dara's new work are nearing completion, we wanted to let faithful readers know that this is not a novel, but a play set for the stage. There is no need to prematurely evict a Danielewski or a DeLillo from your bookshelves to make space. pic.twitter.com/tc9zptMnPs

Something Different From Evan Dara?

—It’s been a full decade since The Easy Chain?
—And almost five years since Flee…
—Hm…
—So, if the pattern holds, does that mean…?
—Hm…
—What do you mean?

Here’s to Unsuicide: An Interview with Richard Powers

"When a person says, 'I live in the real world,' they generally mean that they live in the artificially created social world, the human-made world that is hurtling toward a brick wall of its own making."

"The challenge is that a 'good story' often seems to mean one that makes us feel good about ourselves by privileging individual choices and fates and reinforcing the illusion of human centrism."

"But I am a sucker for another kind of story, one where people must lose themselves and their private narratives in an unseen network of connections that runs far beyond their own small selves, even beyond their own species."

There is something genuinely inspiring about the clarity of his responses to the dire condition of the now in which we're stuck. It's also easy to see why The Lost Scrapbook made such a strong impression upon Powers all those years ago.

While this is more of an interstitial post, we’ve rearranged the deck chairs of the Affinity and wanted to provide the briefest of briefings: