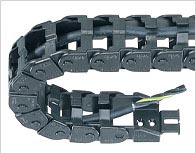 I’m in the midst of a re-read of Dara’s The Easy Chain, which has been slowed by the furious underlining and marginalianizing that the story demands.  There are threads that I plan to pursue in future posts (e.g. Has there been a better novel involving Chicago in the last 20 years?  The parallels between the rise of Lincoln Selwyn and a particularly problematic politician who has recently occupied the West Wing; The pestilent proliferation of skonk, etc.), but I’m still struck by how untilled this field seems to be.

Stephen Burn, who pointed me toward a number of the publications populating the Resources page, is currently editing a new collection called American Literature in Transition: 1990-2000, which he says will contain a longer piece on Dara (the projected pub date is 10/31/17). Based on the time parameters, it’s safe to presume that the focus will stay on The Lost Scrapbook. With Scott Pruitt’s recent appointment to the head of the U.S. Environmental Protection Agency, odds are improving that TLS will again prove infuriatingly prophetic, so it will be good to attract fresh attention and analysis to the novel’s manifold blessings.

However, it would great to see some enterprising and scrappy scholar take a shine to The Easy Chain and expend some ink unpacking its Second City mystery.  I’ll be sharing some thoughts over the coming weeks, but I encourage you, gentle reader, to point me in the direction of any articles or essays I may have missed along the way.  This is a bewitching book that tickles the same nerve endings that lean toward the light of Gaddis, Wallace, and Gass.  Attention should be paid:

4 Comments on “The Easy Chain”